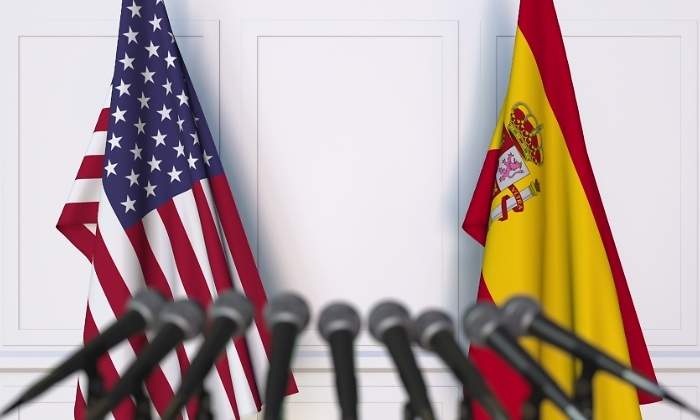 On 27 November 2019, the 2013 Protocol amending the 1990 Double Tax Treaty between Spain and the United States will enter into force after completing an eventful ratification process in the United States Congress.

Although the Protocol includes many developments in the tax treatment of transactions between Spain and the United States, the most relevant from a transfer pricing point of view is the incorporation of binding arbitration in the mutual agreement procedure (MAP) if the competent authorities of both countries do not reach an agreement within two years to resolve a double taxation case raised by a taxpayer. In this respect, it should be noted that, according to statistics on MAP’s recently published by the OECD, at the end of 2018, five of these procedures between Spain and the United States were pending of resolution, and all five concerned transfer pricing disputes.

The regulation of the arbitration procedure can be found in the new paragraphs 5 and 6 of Article 26 of the Treaty and the new wording of paragraph 21 of its Additional Protocol.

According to paragraph 5, the arbitration phase of the mutual agreement procedure cannot be accessed in the following cases:

These conditions for the beginning of an arbitration proceeding are as follows:

The aspects relating to the development of the arbitration phase shall be agreed by the competent authorities at the beginning of the phase.

The arbitration panel shall consist of three individuals, which cannot be employees nor have been employees within the twelve-month period prior to the date on which the arbitration proceeding begins, of the tax administration, the Treasury Department or the Ministry of Finance of the Contracting State which identifies them.

The taxpayer is permitted to submit for consideration by the arbitration panel a paper setting forth its analysis and views of the case.

The arbitration proceeding and the mutual agreement procedure with respect to a case shall terminate if at any time before the arbitration panel delivers a determination:

Unless the competent authorities of both Contracting States agree to a longer time period, the taxpayer shall have 45 days after receiving the determination of the arbitration panel to notify, in writing, of his acceptance of the determination.

On 2 September, the Irish Department of Finance published a Feedback Statement on Ireland’s Transfer Pricing Rules, and proposing a series of changes to the existing TP regime:

These changes may be introduced in Finance Bill 2019 and to come into force from the beginning of 2020.

On 28 August, the Australian Tax Office (ATO) released draft guidance contained in Practical Compliance Guideline (PCG) 2019/D3, on applying the arm’s length debt test contained in Division 820 of the Income Tax Assessment Act 1997, Australia’s thin capitalization statutory provisions. The application of the arm’s length debt test is currently a key focus of the ATO. Once finalised, the guidance will have a retroactive effect from 1 July 2019.

The arm’s length debt test is one of the statutory provisions available to determine an entity’s maximum allowable debt for Australian thin capitalisation purposes. The test can be used when an entity does not satisfy the safe harbour and worldwide gearing tests and, in such a case, the test must be applied on an annual basis.  Hence, annual testing could result in a debt amount that was supportable in the initial income year, but not supportable in subsequent periods.

The arm’s length debt test, where satisfied, allows entities to support debt deductions for commercially sustainable debt levels in excess of that otherwise allowable under the thin capitalisation provisions.

Applying the arm’s length debt test is dependent on the facts and circumstances of a particular business, and further reinforcing the need for robust quantitative and qualitative analysis, as well as thorough documentation thereof. In this regard, the options available to the borrower and the optimal capital structure for the Australian business must be addressed.

As stated by the ATO, the analysis undertaken and documented must support the conclusion that the relevant debt amount (on arm’s length terms and conditions) would ‘reasonably be expected’ under the borrower’s test and the independent lender’s test.

On June 19, Sweden’s Supreme Administrative Court ruled in favour of the Swedish company in a transfer pricing dispute, agreeing that the full range of results in a benchmarking study could be applied and a multiple-year analysis of the tested party data could be used to support an arm’s length result.

The Swedish company argued that a multiple-year analysis covering 2007-2008 should be used to determine the arm’s length nature of the intra-group transactions since the Company had announced in 2006 that it would be acquired by an external party in 2008 which affected the US subsidiary’s profit in 2007. The company made a corresponding pricing adjustment in 2008 as a result of the US subsidiary’s increased profit in 2007. During the two-year period (2007-2008) the US subsidiary earned a weighted average operating margin within the full range of results as illustrated by comparable companies in a benchmarking analysis.

However, the Swedish Tax Agency challenged this treatment, based on their analysis of the US subsidiary’s local file for the tax year 2007, where the transactional net margin method was applied to analyse the intra-group transaction. The US subsidiary’s three-year (2005–2007) weighted average operating margin was above the upper quartile of the benchmarking analysis and it was therefore concluded in the US local file that the subsidiary had not paid higher prices than what would have been applied between independent parties. The Swedish Tax Agency, therefore, concluded that the subsidiary had not paid an arm’s length price for the products and increased taxable income in Sweden for the fiscal year 2007.

The Swedish Supreme Administrative Court concluded that the Swedish Tax Agency did not fulfill the burden of proof and ruled in favour of the taxpayer. Referring to an earlier ruling by the Supreme Administrative Court, the Court concluded that multiple-year analyses could be applied. The Court said that the appropriateness of a multiple-year analysis is determined on a case-by-case basis. The Court also concluded that the Swedish Tax Agency did not prove that the comparable companies, that had operating margins outside the interquartile range did not indicate an arm’s length pricing.

On 13 August 2019, Bulgaria introduced mandatory transfer pricing documentation requirements for transactions entered into as from 1 January 2020.

Bulgarian resident companies and permanent establishments of non-resident companies must prepare a local file. Those companies belonging to a multinational group must also have a master file for the tax year, prepared by the ultimate parent company or a designated affiliate.

Taxpayers that as of 31 December of the prior year did not exceed the following thresholds are exempt from preparing the local file:

The local file must be prepared for transactions that exceed the following annual thresholds:

The local file must be prepared by 31 March of the following year (the same as the due date for filing the corporate income tax return), whereas the master file must be available by 31 March of the year after that deadline. For example, the local file for 2020 must be prepared by 31 March 2021 (with a possible extension until 30 September 2021 if an amended corporate income tax return is submitted), whereas the master file for 2020 must be available by 31 March 2022.

The local file must be prepared on an annual basis, but if there are no significant changes in the comparability factors, the analysis can be updated once every three years. The financial data for the comparable transactions or entities should be updated annually.

Tax penalties would be imposed for noncompliance with the new transfer pricing documentation requirements:

The amount of the penalties may be doubled in case of repeated failure to comply with the transfer pricing documentation requirements.

On 12 September, Denmark’s Ministry of Taxation published a draft bill including a requirement to submit transfer pricing documentation together with the corporate income tax return.

The timing for the preparation of TP documentation has been recently controversial in Denmark. Under the existing legislation, taxpayers are only required to submit transfer pricing documentation upon request and the date of preparation, in principle, was not relevant.

In practice, however, Danish tax inspectors often argued that TP documentation needed to be prepared contemporaneously to the filing of the corporate income tax return.

The rules on contemporaneous documentation were most recently amended for tax years as from 1 January 2019, by requiring taxpayers to prepare their TP documentation before submitting their corporate income tax return. TP documentation needs only be submitted upon request, with a minimum deadline of 60 days. This position is consistent with the recommendation of the 2017 OECD transfer pricing guidelines. If TP documentation is not prepared in a timely manner, the Danish tax administration may estimate a taxpayer’s taxable income under the arm’s length principle. Penalties may also be levied.

However, a recent decision of the Supreme Court (SKM2019.136HR) has cast doubt on the application of the legislation effective as from 1 January 2019.

Under the proposed changes, the Danish tax administration would be entitled to estimate the taxable income if TP documentation is not prepared and submitted together with the corporate income tax return.

Similarly, penalties may be levied based on the fact that TP documentation is not submitted together with the corporate income tax return. Subsequent preparation and submission of TP documentation can no longer be considered timely compliance.

If the draft bill is presented to parliament and enacted, the proposed effective date is 1 January 2020.