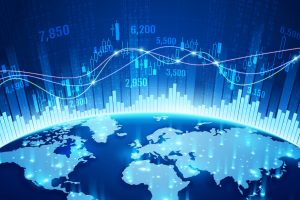 Transfer pricing developments around the world

The Court considers in the specific case that:

On the other hand, it should be noted that the Danish Supreme Court (“The Danish Supreme Court”) has ruled in different cases (UfR 2019.1446, UfR 2020.3156 and UfR 2021.3179), stating that, if the documentation is so deficient that it does not provide a sufficient basis for assessing whether the arm’s length principle has been met, it should be equated to lack of documentation.

Banca Generali has announced the signing of an agreement with the Italian tax authorities, setting out the terms and conditions for the resolution of tax claims related to transfer pricing issues for the tax years 2014 to 2019. Under the agreement, Banca Generali will pay €45.99 million, of which €5.29 million will be interest.

Additionally, from the 2020 fiscal year onwards, the documentation has to be digitally signed with a date prior to the filing of the tax.

The Tax Administration of Paraguay has published the list of countries that are considered tax havens. In that sense, with effect from 2021 onwards, taxpayers that carry out transactions with entities incorporated in the mentioned countries will be obliged to issue transfer pricing reports.

On the other hand, the Tax Administration has also added certain transactions to the list of transactions excluded from the transfer pricing analysis:

On 15 September 2022, the lower house of the parliament (Sejm) approved a draft bill amending the Corporate Income Tax Law, inter alia, the provisions regulating transfer pricing (TP) documentation requirements for transactions with entities located in low-tax jurisdictions, with the aim to reduce the tax compliance burdens of taxpayers.

Under the approved draft law, it will be necessary to prepare the Local File when the following annual thresholds are exceeded for transactions with entities located in low tax jurisdictions:

The same thresholds will apply to entities forming a tax group.

1.Ms Sanga, could you please tell us a few things about your company and the services that you offer? Transfer Pricing Specialists (TPS) Greece is

What is considered a related party transaction and Why are important?

In the day-to-day activity of a company there are operations of different nature, such as a loan, an acquisition, or a sale… These businesses can 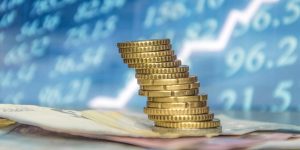 Transfer Pricing: What is and When and When is applied it?

Since the last global financial crisis, transfer pricing has become an increasingly common term in the business press, sometimes associated with sensationalist approaches to the

1.Ms Sanga, could you please tell us a few things about your company and the services that you offer? Transfer Pricing Specialists (TPS) Greece is