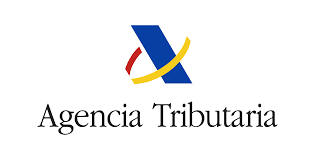 On 6 March 2019, Resolution no. 1072/2019 of the Spanish National Court (“Audiencia Nacional”) ruled on the most suitable point of the arm’s length range at which to make a transfer pricing adjustment.

In this regard, the Audiencia Nacional established that, in principle, all points within the arm’s length range are equally reliable and valid for the performance of a transfer pricing adjustment, with the Administration having the burden of proving the comparability defects in order to select a specific point of the range.

The issued note aims to clarify the application of the arm’s length range and the Spanish Tax Administration’s approach in response to such a court ruling.

Note on the arm’s length range for transfer pricing

1. Single value vs range of values

In the clarification note issued, the Spanish Tax Administration relies on paragraph 3.55 of the OECD Guidelines to state that, while it is sometimes possible to identify a single value or range as a comparable reference, it is more common to obtain a range of values, as independent companies, engaging in comparable transactions under comparable conditions, may not set the same price in their transactions.

3. Selection of the most appropriate point of the range

The Spanish Tax Administration bases its approach on the recommendations contained in Section A.7 of Chapter III of the Guidelines, setting out the following scenarios:

In this scenario, the Spanish Tax Administration would have to reassess the price applied by the taxpayer. In order to determine the most appropriate point, it would be necessary to observe whether the values that make up the range are very reliable and relatively equal, where any point in the range would be valid, with the adjustment being made to the point that, being within the range, is closest to the value of the related-party transaction.

However, the authorities indicate that, in practice, it is very rare to have an arm’s length range comprising very reliable and relatively equal values, so that there are usually still comparability defects that cannot be identified.

In this case it is usual to apply measures of central tendency, narrowing the range and reducing the comparability defects of the sample. In this respect, the adjustment would be made to the median obtained, and it is necessary for the Tax Administration to refer to the existence of such defects of comparability.

However, as indicated in the previous point, it is usual for the full range not to include very reliable and practically equal results, except in specific cases, such as when the comparable uncontrolled price method is used and very reliable information is available on the comparables used.

Thus, it is usual to establish an interquartile range to improve the comparability of the arm’s length range.

In the event that the result of the related-party transaction falls outside the interquartile range obtained, the Spanish Tax Administration establishes that the adjustment should be made to the median of the range, unless the taxpayer makes a sufficient evidentiary effort, analysing the facts and circumstances of the case, and finds functional information to justify the adjustment to another point in the interquartile range.

By means of this explanatory note, the Spanish Tax Administration interprets section A.7 of Chapter III of the Guidelines by establishing the need to carry out a thorough process of search, selection and analysis of the degree of comparability of each of the comparables used in the analyses carried out, in order to minimise possible shortcomings in the comparability of the final set.

The Administration establishes that it is usual and customary for defects in comparability to persist in the selection of comparables that cannot be identified and corrected, so it is customary to use statistical tools interquartile range to refine the arm’s length range.